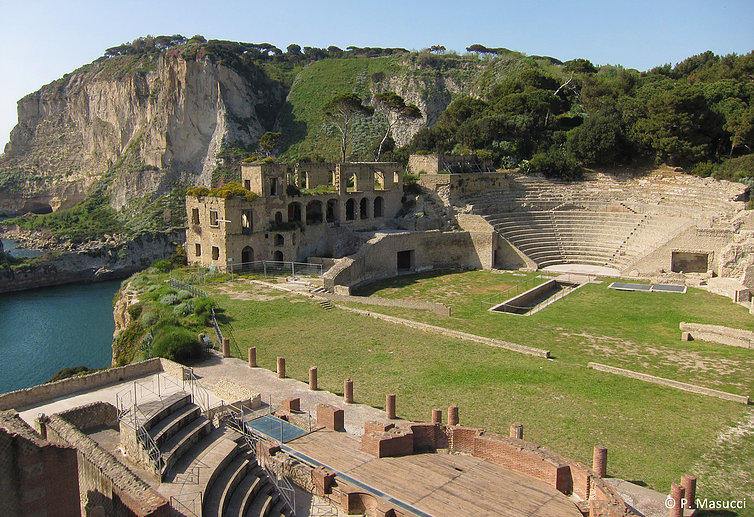 A stay on the Sorrento and Amalfi Coast is unthinkable without paying a visit to some of the archaeological sites that are most famous worldwide, and a real treasure for the region. In the first appointment dedicated to Campanian archaeology, we found the most alluring sites in the province of Salerno. Now we move on to the area of Vesuvius, which holds genuine pearls of history and culture.

Pompeii: There is no way to encompass in a few words the excitement of finding oneself suddenly transported into a city from 2,000 years ago. The Pompeii Archaeological Park is among the most famous in the world, and a destination attracting millions of visitors a year. In the months of June and July, don’t miss the Pompei Theatrum Mundi showcase at Teatro Grande di Pompei. An iconic element: Villa dei Misteri.

Oplontis: Although it belongs to the municipality of Torre Annunziata, in the past it was most likely a peripheral zone of Pompeii, in the territory that was home to the Villa of Poppea, Emperor Nero’s second wife. This monumental residence is finely frescoed, with a small bath complex inside. Alongside Poppea’s villa is a farm dedicated to processing and marketing agricultural products. An iconic element: the gems and jewels.

Herculaneum: The little sister of nearby Pompeii, it shared that city’s catastrophic fate, but also its timeless allure. The Herculaneum Archaeological Park also includes the MAV Museum, a centre of culture and technology applied to Cultural Heritage and communication, with virtual and interactive itineraries for an experience involving all five senses. An iconic element: the Boat of Herculaneum.

Cumae: The most ancient Greek colony in the West, and the most mysterious. In fact, here was the dwelling of the Sibyl, the priestess devoted to the god Apollo, and an expert in the art of divination. Her oracles were enigmatic, and hard to interpret. According to legend, they were written on leaves scattered by the wind. An iconic element: the Sibyl’s cave.

Posillipo: Pausílypon literally means “respite from pain,” and the panorama one admires from this place certainly induces a feeling of serenity. The Pausílypon Archaeological Park contains remains of the imposing and luxurious Roman Villa of Pollio, friend of the Emperor Augustus, but also a highly controversial figure due to his dubious morality. Upon Pollio’s death, the villa became State property, and Augustus made it one of his summer residences. An iconic element: Palace of the Spirits, a building annexed to the villa’s nymphaeum, that has preserved a mysterious appearance and has inspired many legends.

Baiae: the Terme di Baia archaeological park covers an area of 40,000 m2, and includes the remains of the patrician residences of the ancient city famed for its thermal waters and for a beauty that made it a vacation spot for the Roman aristocracy. Don’t miss a ride in a glass-bottomed boat to admire Baiae’s underwater treasures brought to light thirty years ago. An iconic element: Nymphaeum of Punta Epitaffio.

Contact Russo Agency for your vacation in pursuit of culture and history, or to organize extremely interesting activities for your incentive travel.

For any information please fill in this form.

Pursuant to art. 13 of Legislative Decree no. 196/2003 we inform you that your data are stored in the digital database of the controller: Russo Travel Srl., Via Sant'Antonio 13, 80067 Sorrento (NA). Your data, which is optional (but the non-conferment could make impossible to fulfill the request), are treated in relation to the services of this website, they take place at Russo Travel Srl., Via Sant'Antonio 13, 80067 Sorrento (NA), and are only handled by technical staff or others charged with occasional maintenance operations. No data deriving from the web service is communicated or spread.